When lead guitarist Ty Mc Mahon reached out to me regarding his band Valeluna’s new album, “Affinity”, I was super excited to give it a listen. I immediately watched the teaser video for “Affinity”on their Facebook page, and thought to myself, “why the HELL haven’t I heard of these guys before??”… their sound reminds of me of so many bands I love: A Perfect Circle, Pink Floyd, and Coldplay, just to name a few… that dark, atmospheric aesthetic that swells into dramatic and vivid picturesque storms.

“Affinity” is an album that MUST be listened to as a whole. It takes you on a voyage, a spiritual and emotional journey on high, stormy seas to calm shores and then back out again. It is an album that will move you as you move with it. Every song is tied together with flawless segues… trumpet, delayed guitars, backwards loops, synths and pianos… at times I couldn’t establish when one song had ended and the next song began, which was a brilliant strategy for the overall theme of this record.

I learned  a bit more about Valeluna and some of their accomplishments after visiting their website ( http://valeluna.com ):

“Since the band’s outset in February 2014, Valeluna has made their presence felt in the Houston music scene. Along with performing for Houston’s 94.5FM’s Texas Buzz, Valeluna competed against and would eventually become the champions of over 50 bands in the Houston Battle of the Bands Finals in August 2014. Shortly after, Valeluna released their debut full-length album, In Your Absence. In addition, Valeluna would be voted “Best Rock Band” in the 2014 Texas Buzz Music Awards.”

Here’s the teaser video for “Affinity”. Valeluna says this in regards to the video:

“This video embodies everything we have worked for in the last two years. Literal blood, sweat, and tears have gone into our craft. This video represents every up and coming musician everywhere. It exhibits the art with the struggle. Be who you want to be. Do what you want to do. Fight for your passion. Because your passion, and your desire to fight for it, defines who you are as a person.”

I literally couldn’t have said any of those words better myself! What truth… what passion and respect these guys have for their craft. It’s EXTREMELY evident in their music.

“Affinity”will officially be available this Saturday, July 23, 2016, BUT…..  you can get the album before its release date by preordering it on Valeluna’s  website at: https://valeluna.com

There are also several preorder exclusives and bundles that can only be purchased through the band’s website.

This will be Valeluna’s first performance in eight months, so you will not want to miss this album release show!

Opening bands are: So Soon, The Truth, Save The Fire, and Vox Vocis .

Ticket prices (without preordering the album) range from $7-$15.

You can check out more of Valeluna’s music by visiting their Soundcloud and Bandcamp pages: 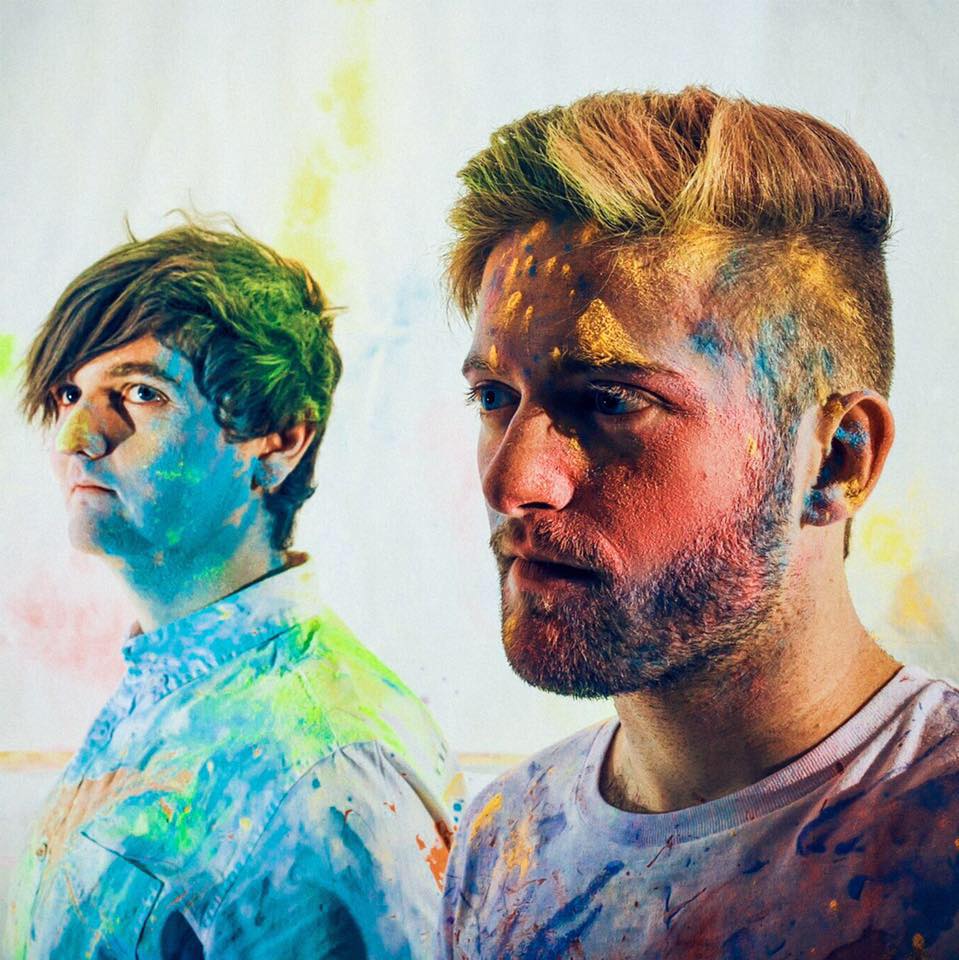 I’ve never been much of a pop music fan, but when it’s done well, I give credit where credit is due. Drop Out Vegas has certainly sparked my interest.

They are mad hustlers when it comes to getting their business done, and it shows not only in the music they are creating, but in their business strategy. I’m pretty sure these two guys are set to take over the world, because they are making some HUGE noise about their latest single “Sleep Alone”.

These guys have virtually mapped out a clear destiny for this single’s release, including an appearance on Debra Duncan’s morning show on KHOU Channel 11 this Friday, July 15, from 9-10am (CST), and a release party at Raven Tower on July 16.

I didn’t know much about Drop Out Vegas, so I did a little research behind them and the single they are due to release. Writer Earl Dittman penned a piece about them on Buzzfeed, where I discovered the quality cast of musical talent Jason and Skyler have teamed up with to record “Sleep Alone”. Earl writes:

“Sleep Alone” was co-written and co-produced by James and Bentch and recorded at 226 Recordings in Houston. The single was mixed by Scott Jacoby of Eusonia Studios (Vampire Weekend, John Legend) and mastered by Emily Lazar of The Lodge (David Bowie, Paul McCartney, Beyoncé). The duo have spent most of 2016 crafting new music alongside powerhouse musical collaborator Jeff Franzel (Lady Gaga, Idina Menzel, N’SYNC) for more upcoming 2016 singles and their full-length debut in 2017.”

Y’all can read more about Drop Out Vegas if you click on this link to Earl’s piece:

Drop Out Vegas played at last year’s Pride Festival, and recently also rocked Warehouse Live’s Ballroom at the Springboard South Music Showcase. They also had a single, “Symphony”, which was played on 94.5 The Buzz. They have also spent a ton of time on the road the past few years, opening up for acts such as The Pussycat Dolls, Estelle and Big Freedia. They were also a featured artist at this year’s SXSW Music Festival.

Clearly, these two are not playing around! I give them mad props for their hard work and dedication to their craft, and wish them all the best for the rest of 2016 and beyond!!!

Here’s a link to the teaser from their upcoming video for “Sleep Alone”:

Don’t forget to catch them on Debra Duncan’s show Friday morning! Set your DVRs if you’re gonna be at work!

Catch Drop Out Vegas on their journey to the stars and beyond as they host their single release this Saturday evening, July 16th at Raven Tower (310 North Street). They will also be showing the FULL video for “Sleep Alone”, so you don’t want to miss that! Supporting acts on this bill are locals Children of Pop and Whale Bones. This is gonna be one heck of a night of general bad assery, so come up and dance your asses off! These two write music that will make you want to bust a move 0n the dance floor! I’m super stoked for these guys and the effort they have put into what they do. It’s clear they have the attitude and plans for major success and I’m sincerely proud of them. Thanks to Skyler James from Drop Out Vegas for contacting me regarding this single. You have truly opened up my eyes to two people that I am really inspired by!